As we identify key issues, the Arizona Elk Society will provide more background information and a sample letter to enable
our members and others to voice their position to the decision makers on that issue.

The Arizona Elk Society, in support of our mission, is committed to: 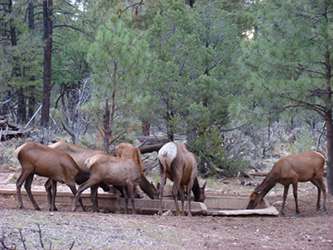 The Humane Society of the United States and their Arizona Shell Organization, Arizonans for Wildlife, Admit Major Defeat by a Coalition of Arizona Wildlife Conservationists 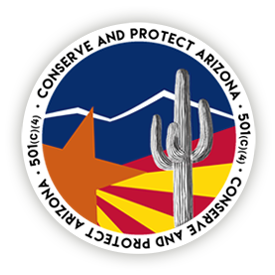 Phoenix- The Humane Society of the United States (HSUS), a scandal laden political organization, waited until a slow news holiday weekend to announce their stunning failure to qualify an antiscience based wildlife management initiative for the upcoming 2018 ballot.

In an excuse laden message to their small group of supporters, Kitty Block, Acting President & CEO of HSUS said, “This difficult decision is the result of a perfect storm of local obstacles and emerging national issues…” What the acting CEO did not explain is how the HSUS is racked with forced departure of their senior leadership for flagrant, sexual harassment misconduct and the approaching decertification of the organization by the Better Business Bureau for their fundraising tactics.

The message sent by the acting CEO is also the first true acknowledgement that the Arizonans for Wildlife is just a front organization to avoid public discussion of the HSUS business model which annually spends less than 1% of their donations to assist local humane shelters. Yet HSUS masquerades as the local Humane Society chapter, routinely misleading donors into believing they assist displaced dogs and cats in our communities.

The following is a summary of Mexican Wolf Reintroduction Project (Project) activities in the Mexican Wolf Experimental Population Area (MWEPA) in Arizona, including the 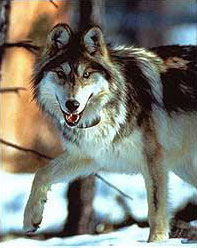 Fort Apache Indian Reservation (FAIR), San Carlos Apache Reservation (SCAR), and New Mexico.  Additional Project information can be obtained by calling (928) 339-4329 or toll free at (888) 459-9653, or by visiting the Arizona Game and Fish Department website at www.azgfd.gov/wolf or by visiting the U.S. Fish and Wildlife Service website at www.fws.gov/southwest/es/mexicanwolf

Past updates may be viewed on either website, or interested parties may sign up and clicking on the E-news Signup tab on the top left corner of the webpage.

This update is a public document and information in it can be used for any purpose. The Project is a multi-agency cooperative effort among the Arizona Game and Fish Department (AGFD), USDA Forest Service (USFS), USDA-Animal and Plant Health Inspection Service, Wildlife Services (USDA-APHIS WS), U.S. Fish and Wildlife Service USFWS) and the White Mountain Apache Tribe (WMAT).

With regard to the current petitions now being circulated, aimed at outlawing the legal hunting of mountain lions & bobcats by Arizona citizens. They are being circulated by an anti-hunting group calling themselves Arizonans for Wildlife. In reality this is the work of the money focused Humane Society of the United States (HSUS). Their goal with this action is to get Arizona voters to reject a century of sound scientific wildlife management from our Arizona Game & Fish Department biologists. The HSUS would prefer to manage wildlife with the ballot box. Their campaign will be based on emotion and will contain very little science.